Our Approach to Winemaking

The whole point of Rotie Cellars is to make traditional Rhone Blends with Washington State fruit. So what do traditional Rhone blends mean to me? To start with, they mean lower alcohol, less ripe, less oak, balanced, finesse driven, mouth coating wines.

So how is this done? As with most vague questions there are complex, lengthy answers but without writing a book, here are the basics:

These wines are not meant for grocery store shelves, but rather they need to be cellared as they are still evolving in bottle. I will never sterile filter these wines.

Sean’s path to Rotie Cellars wasn’t the one prescribed in the “How to become a prestigious winemaker” textbook. His college degree was in geology, and he spent ten years doing oil and gas exploration before making the leap to wine.

After working his first harvest at Waters Winery in 2004, he learned the profession in multiple positions before stepping out on his own in 2007. The non-traditional background turned out to be a perfect fit—he’s a winemaker who really knows his soils.

Wine is personal with Sean, and as far as he’s concerned, there’s no right or wrong way to create or consume it. He just makes what he loves to drink—French-style Rhone blends. His philosophical approach is Old World and natural, and his fingerprints are on every step of the winemaking process. He believes great wine happens mostly in the vineyard, and that his main job is to stay out of nature’s way.

Sean grew up in Tacoma, WA, and is a husband and father of three. He enjoys great food, cold beer, fantastic wine and a hearty cup of coffee—black, and preferably from Walla Walla Roastery. 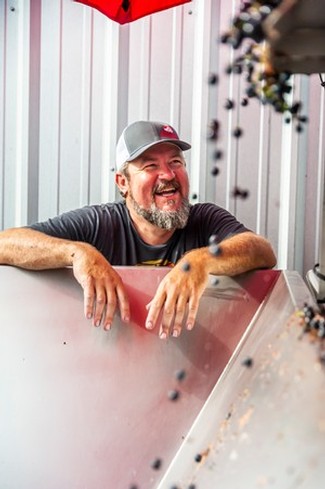 My goal is to make beautiful, graceful wines. To make the wines I like to drink, and share them with others.